Got to see the mighty Mekons the other night at the The Chapel in San Francisco. w/ Skokie Girls..

The two sequential songs from the sold out show in this first black & white edited video below date back to the 1988 “So Good It Hurts” album which was a sorta joint release twixt Twin/Tone and A & M labels and the second tune is from 1985’s “Fear & Whiskey” LP originally released on Sophie Bourbon’s SIN RECORDS label.

I believe the Mekons were the very first band I ever snuck in with a fake ID as an underage teenage runaway and saw at the I-Beam in San Francisco circa May 1987… In some ways, not much as changed, which is awesome and terrifying, most of the original band members I know and love are still onstage and accounted for, and sadly the world is still a greedy, stupid, venal, hostile, politically painful place in need of a good poetically poignant Mekons musical vivisecting.

However, instead of vile Tory Maggie Thatcher to rant about, there is this Boris Johnson dude…whatever. It is all the same… and most of us are aging, and if not gracefully, at least some of us had the good graces to show up for the show, at least far more paying customers than were there in 1987.

This video has slightly improved sound dynamics over a version I placed on Instagram, so rejoice in the additional camera angles and sonics here from two Mekons faves. Rumor has it Mr Langford will be back this fall as part of the Hardly Strictly Bluegrass thang and, uh, he is bringing an entire two dozen member Welsh Boys Choir… you have been warned.

The last video I’ve pasted in below is the last song from their set, a Mekons song from their latest album, recorded some 30 years fater the earlier tunes were released, and Rolling Stone scribe Will Hermes said of the song ““How Many Stars” takes the classic form of an English folk song about a man lost at sea, and woman who dies of a broken heart, the band wondering at the sheltering sky in raggedly sympathetic harmony. “ 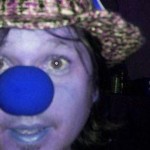